Ariel was the first female magician who won the International Competition in Taiwan and represented Taiwan in the FISM Asian Competition.

The unique original Shadow magic made her attached the top ten entertainer of the fifth season "Chinese Got Talent Show" and became a famous female magician in China.

TV Magic Show Experience - She won the Taiwan Magic Talent Show Championship. Then as the main magician and the hostess, she participated in the production of two seasons of Taiwan and Mainland television magic shows. 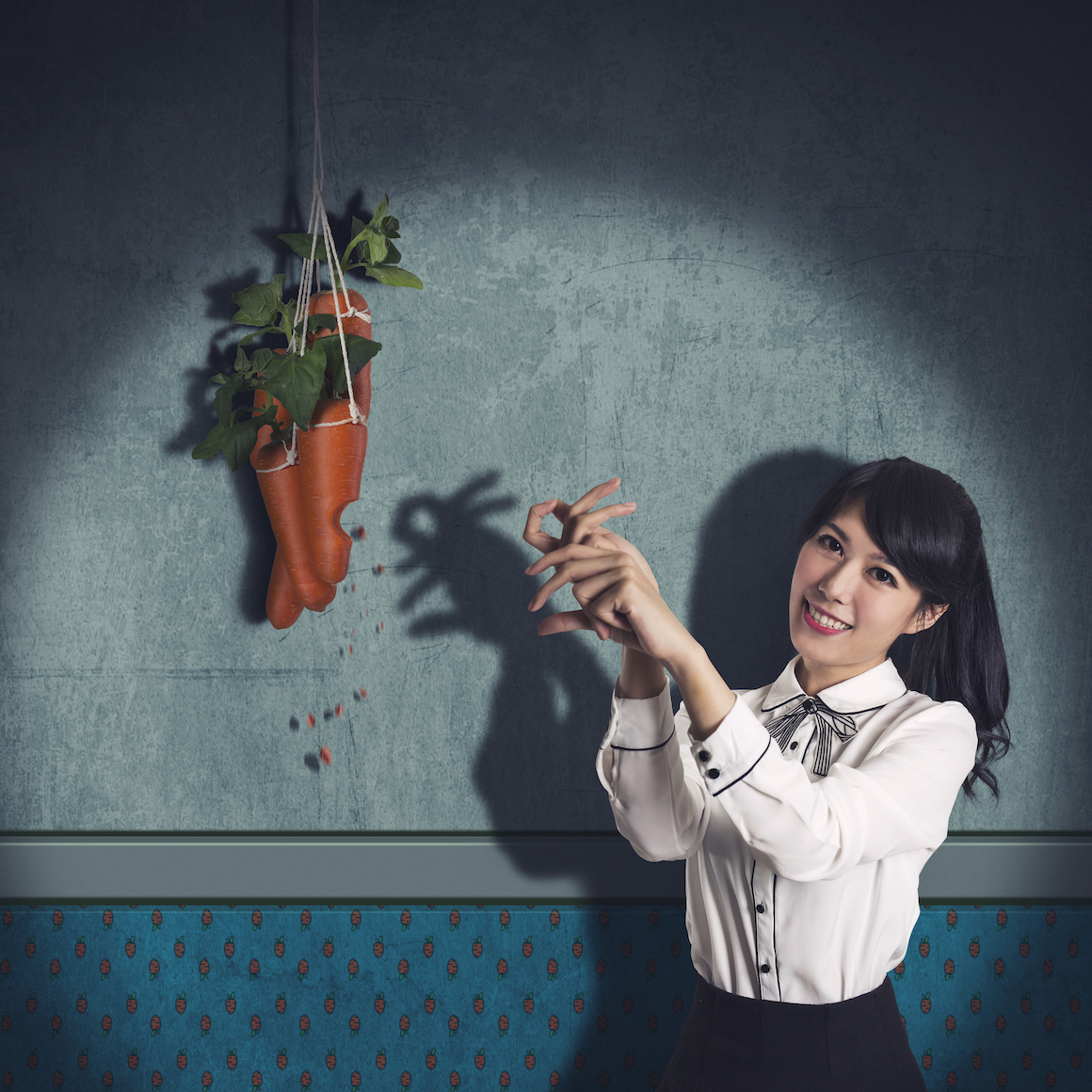 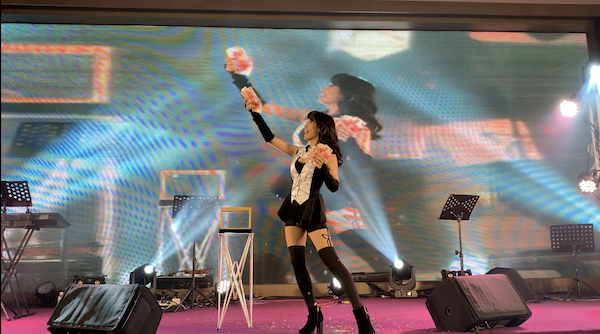 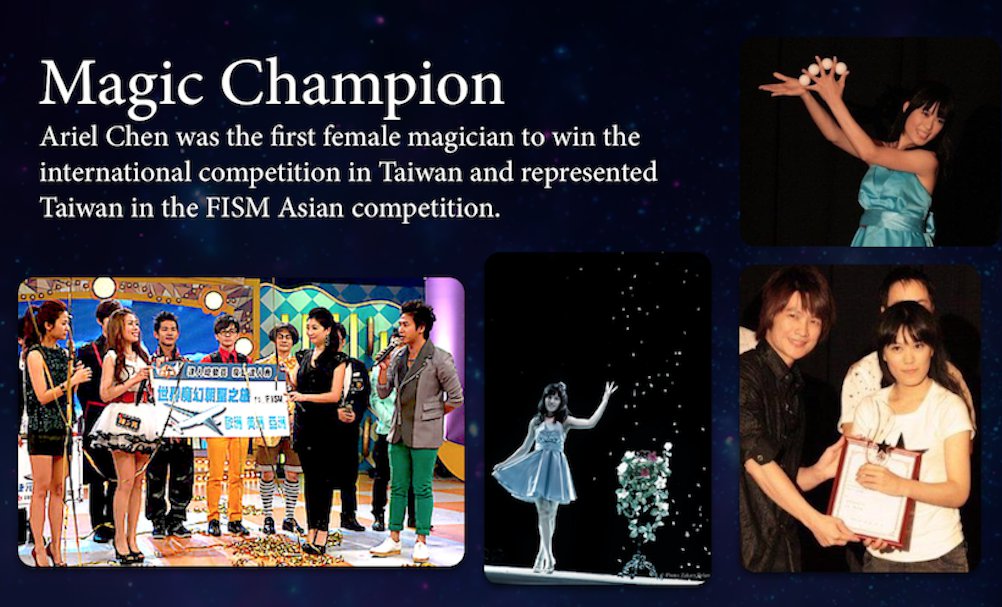 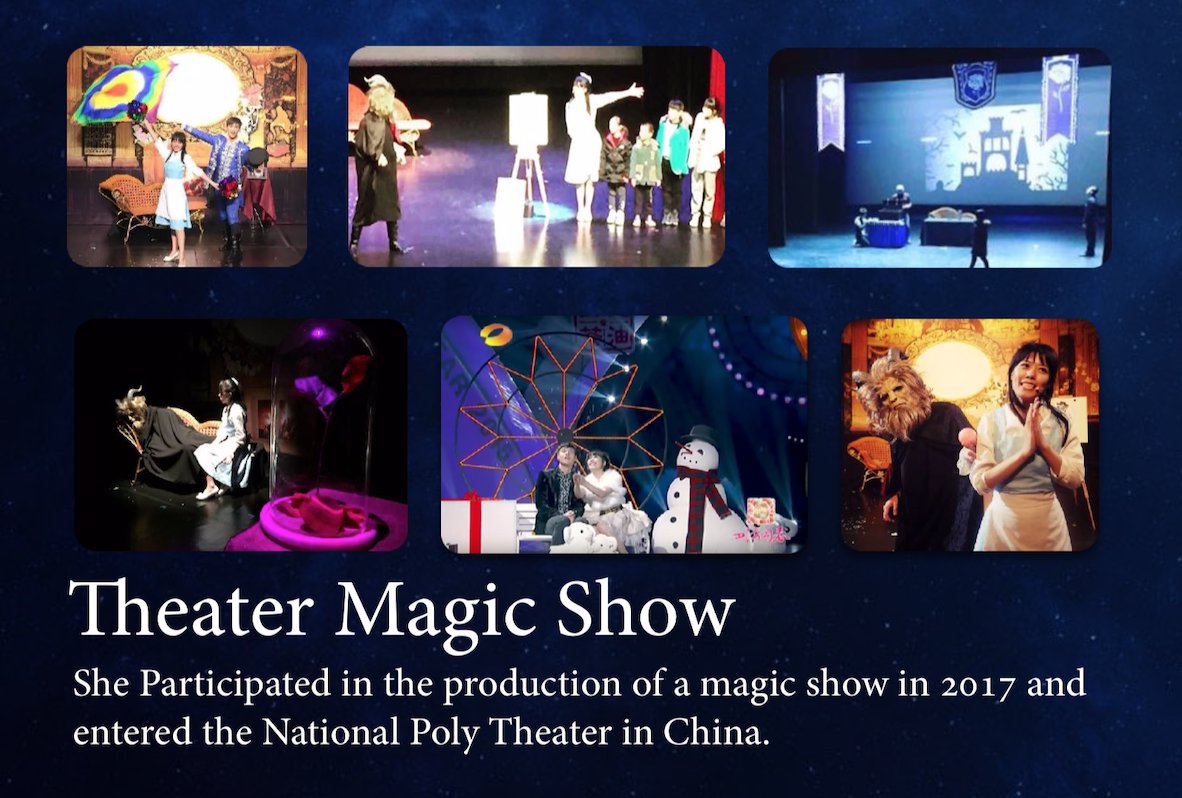 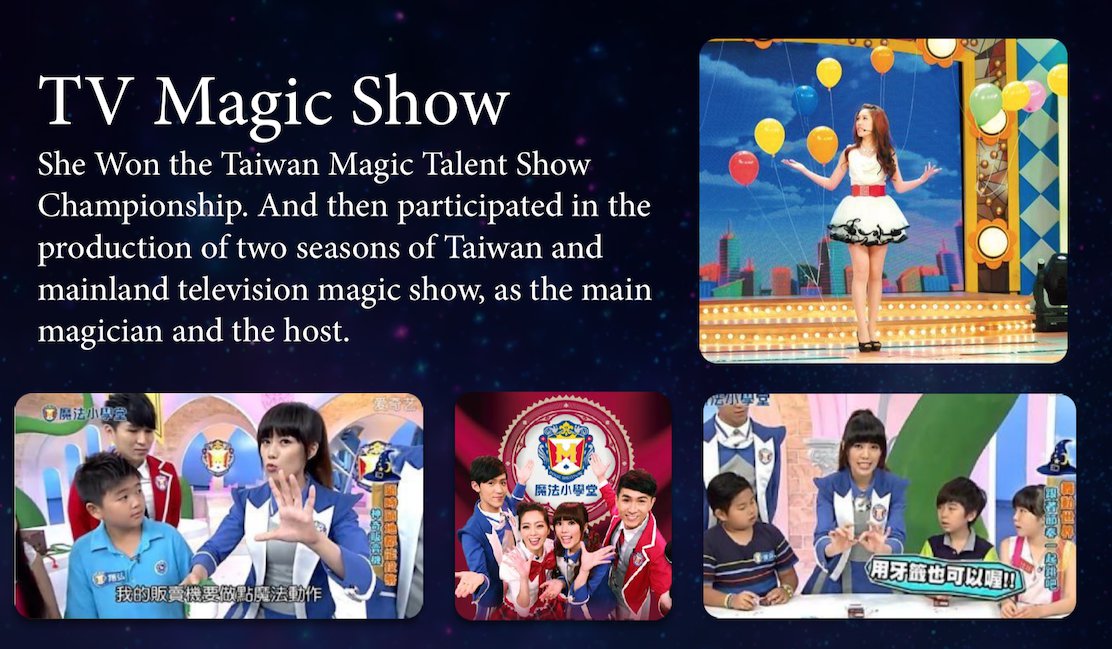